Massimo Carrera was born on 22 April 1964 in Pozzuolo Martesana (MI).
He grew up in Sesto San Giovanni with his mother Francesca, his father Carlo and his two sisters Claudia and Tiziana.
Since he was a child, Massimo had a unique passion: Football. 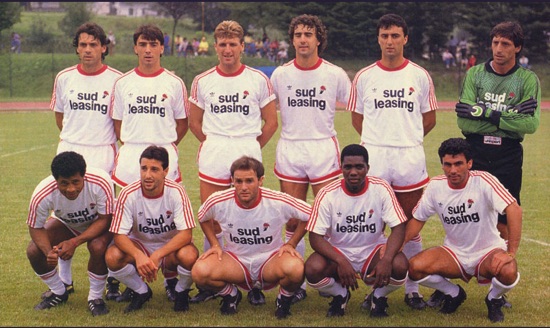 THE START: from Pro - Sesto to Bari

Raised in Pro - Sesto Youth Team, Massimo began with the same Club in professional football during the 1982 - 83 season and he started to show his talent.
In 1984, after a year at Russi, in Interregional competition, he was hired by Alessandria in “Serie C2”.
After one year Massimo debuted in Serie B.

He debuted in Serie B with Pescara, who’s Football Manager was Enrico Catuzzi, in 1985. In Pescara Massimo played with another important Italian Football Player: Gian Piero Gasperini. On 18 May 1986 he scored his first goal in Serie B against Lazio.
In 1986 Massimo moved to Bari where he remained for five seasons, playing 156 matches and scoring 4 goals. A very determined Team with technique and quality, in Massimo’s opinion:

There were players like Di Gennaro, Scarafoni, Monelli, João Paolo. And many others from Bari, players grew up with Bari and arrived in the first team. Here I spent five beautiful years. We have often played above our chances and we achieved all our goals. After the first place in B in 1988-89, we did a good Championship also in Serie A Massimo Carrera, intervista per Hurrà Juventus, dicembre 2009 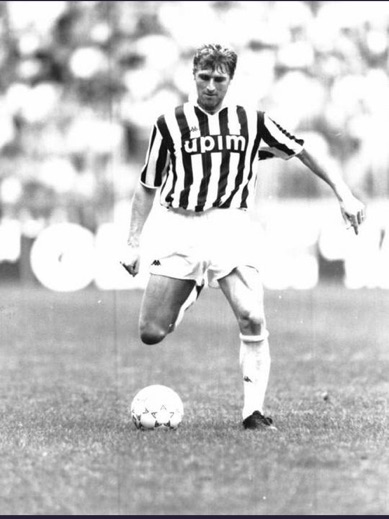 During his “South Italian” experience, Massimo was noticed by Juventus and, during the season 1990 - 91 he was hired by Juventus Football Club.
So Massimo, a Juventus’s supporter from his birth, managed to realize his dream:

It’s a dream to become such a professional player and wear that jersey. A dream that is difficult to achieve, but for this reason, even more exciting when It comes true Massimo Carrera, intervista per Hurrà Juventus, dicembre 2009

During his first black - white season Massimo was trained by Giovanni Trapattoni:

He was a great coach and he is a great man. He had an incredible passion and he knew how to transmit it to everyone, especially to young players. Once the training was over, he often stayed on the pitch to explain movements and techniques. He is a very charismatic person. Massimo Carrera, intervista per Hurrà Juventus, dicembre 2009

Guided by “Trap”, Massimo was deployed as a right-back (the same role he played in Bari), but he shown a great versatility.
His performances with Juventus attracted Arrigo Sacchi’s attention, and Massimo was summoned for a friendly match in the National Italian Football Team against San Marino in February 1992.
At the end of the following season, Massimo won the first international trophy, the UEFA Cup.

In 1994, Marcello Lippi was the new Juventus’s Manager.
Massimo was deployed as free, and he became a pillar for the team. According to Lippi "a real champion".
At the end of the season, he won Scudetto, Coppa Italia, a Champions League and an Italian Super Cup.
He left Juventus in 1996 collecting: 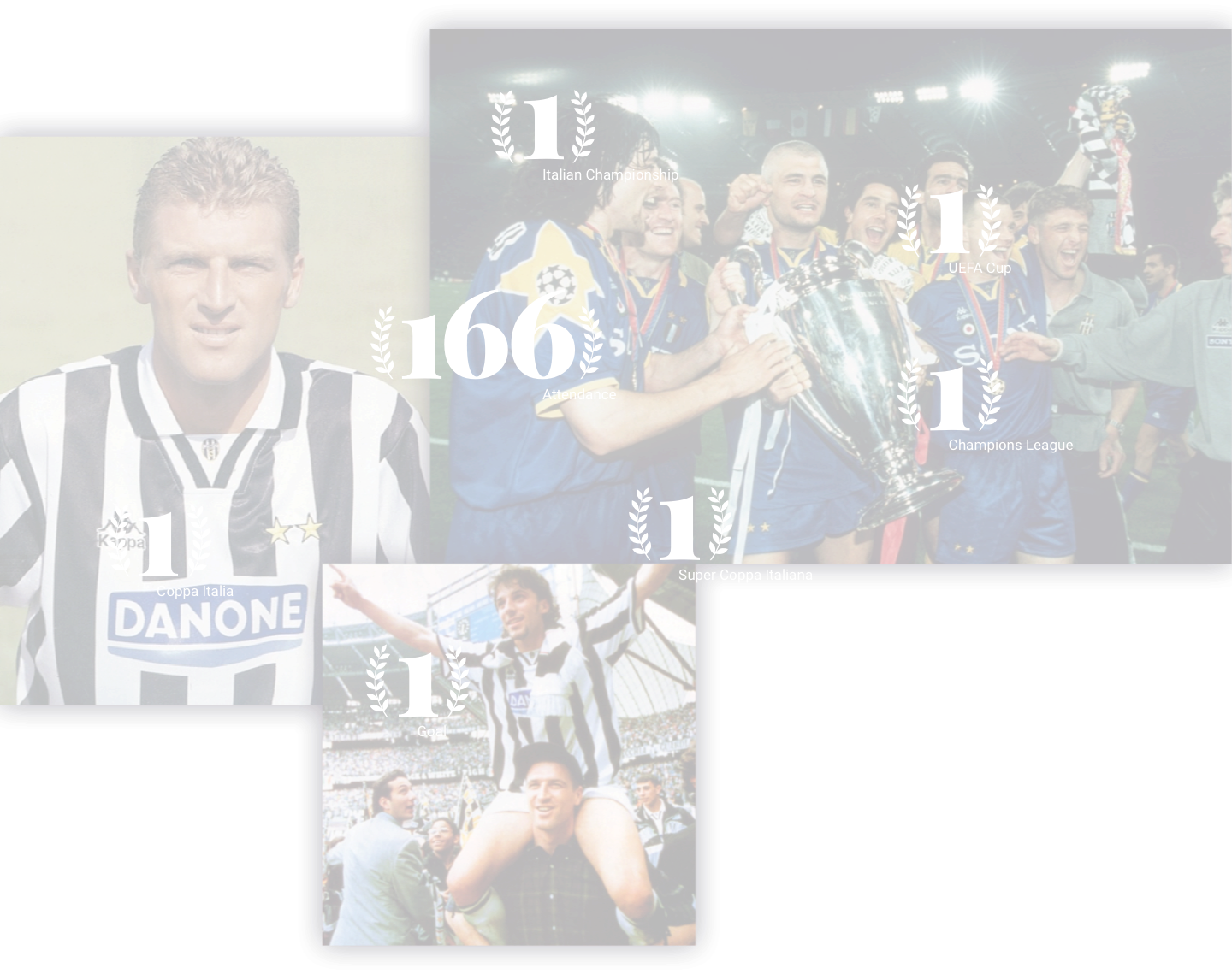 He was sold to Atlanta in 1996, where he immediately became captain and team leader. He wore the black - blue jersey for 7 seasons, collecting 207 matches and scoring 3 goals.

Although I was already 32 when I arrived in Bergamo, I learned a lot, especially thanks to two coaches: Mondonico and Vavassori Massimo Carrera, interview with Bergamo Sport News - May 2018

In Bergamo he became a “flag” because of the determination he showed in every game. "Il Bepi" a songwriter and Atalanta’s supporter wrote him a song called “Super Massimo Carrera” on the melody of "Maledetta Primavera" by Loretta Goggi. 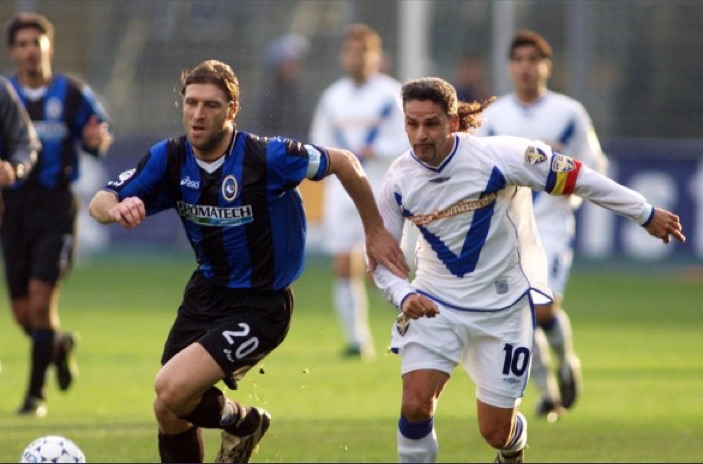 The end of the career as Football Player

He left Atlanta in 2003, bought from Napoli but the following season he moved to Treviso, where he played for one season only. On October 28th 2005, at the age of forty - one, he signed with Pro Vercelli.

Massimo left his career as football player at the age of 44, at the end of 2007-2008, collecting a total of 773 matches, all played as a professional player, 20 goals and 5 trophies (2 of which are international).