On 18 June 2009, Carrera became the new Technical Coordinator of all Juventus Youth Teams.

He covered this role until 2011 when an old friend and team-mate came back to Juventus: Antonio Conte, who called Massimo as a technical collaborator in the first Team.
During the 2012-13 season, due to the disqualification inflicted on Conte and his assistant Angelo Alessio, Massimo became the substitute manager during the Championship matches. He made his debut on the black - white bench on 4th August 2012 in Salerno during a friendly match against Malaga. 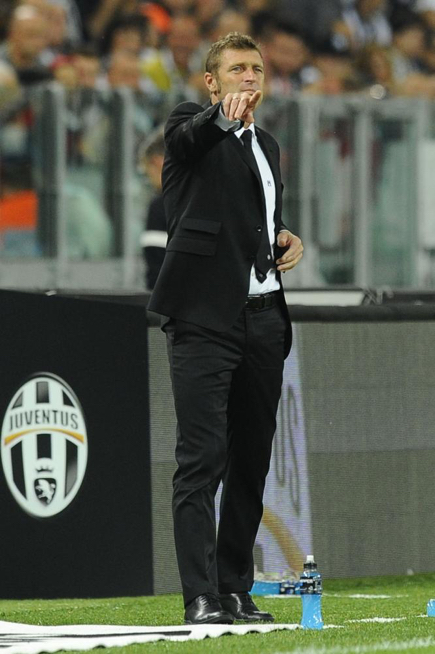 It's beautiful to come back to Juventus Football Club. To come back here and find old friends is nice, and I'm proud to have been contacted Massimo Carrera, interview for "Forza Juve Blog" June 2009

It was confirmed as interim coach from the first official meeting of the season: the Italian Supercup Final played on 11th August 2012 in Beijing against Napoli. Juventus won 4-2 in extra time and Massimo won his first trophy as manager.
On 25th August, he sat on the Juventus’s bench during a Serie A match, while on 17th September 2012 he made his debut as a coach in Champions League against Chelsea. He abandoned the role of "technical manager" on October 7 against Siena, leaving the place to Angelo Alessio after 7 wins and 3 draws, closing his short cycle of 10 team as unbeaten.

On 19th August 2014, Conte signed with Italian National Team, and Massimo joined the Italian National Staff as technical assistant and participated at Euro 2016 until the semi-finals against Germany.

We transmitted to this team, which wasn't one of the strongest technically, the right emotions which made it stronger. It has become a family, and this is the most important thing for a winning group Massimo Carrera, interview with Maria Komandnaya - December 2017

After four season as Conte’s assistant, Massimo didn't follow him at Chelsea. He was hired by Spartak Moscow as a technical collaborator and Dmitry Alenichev’s assistant. 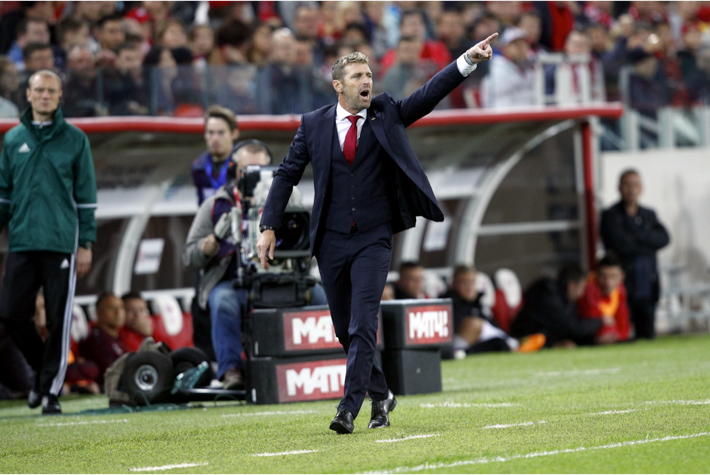 When I received the offer from Spartak Moscow I immediately accepted because I knew that Spartak is the" Juventus of Russia ", I knew that it has a strong tradition and that it is an ambitious club with a lot of fans Massimo Carrera, interview with Maria Komandnaya - December 2017

DAfter a home defeat against AEK Larnaka and the lack of qualification in the Europa League Competition, Alenichev's exoneration came.
The Russian Club nominated Massimo as interim coach for the first two Championship matches, waiting for the contract signature with Rostov technician Kurban Berdiyev.
However, Massimo began to win with Spartak and Berdiyev did not arrive.
Massimo became the Spartak Moscow Manager with a very specific task: get good results in the Russian Cup and get into the Championship’s top three. 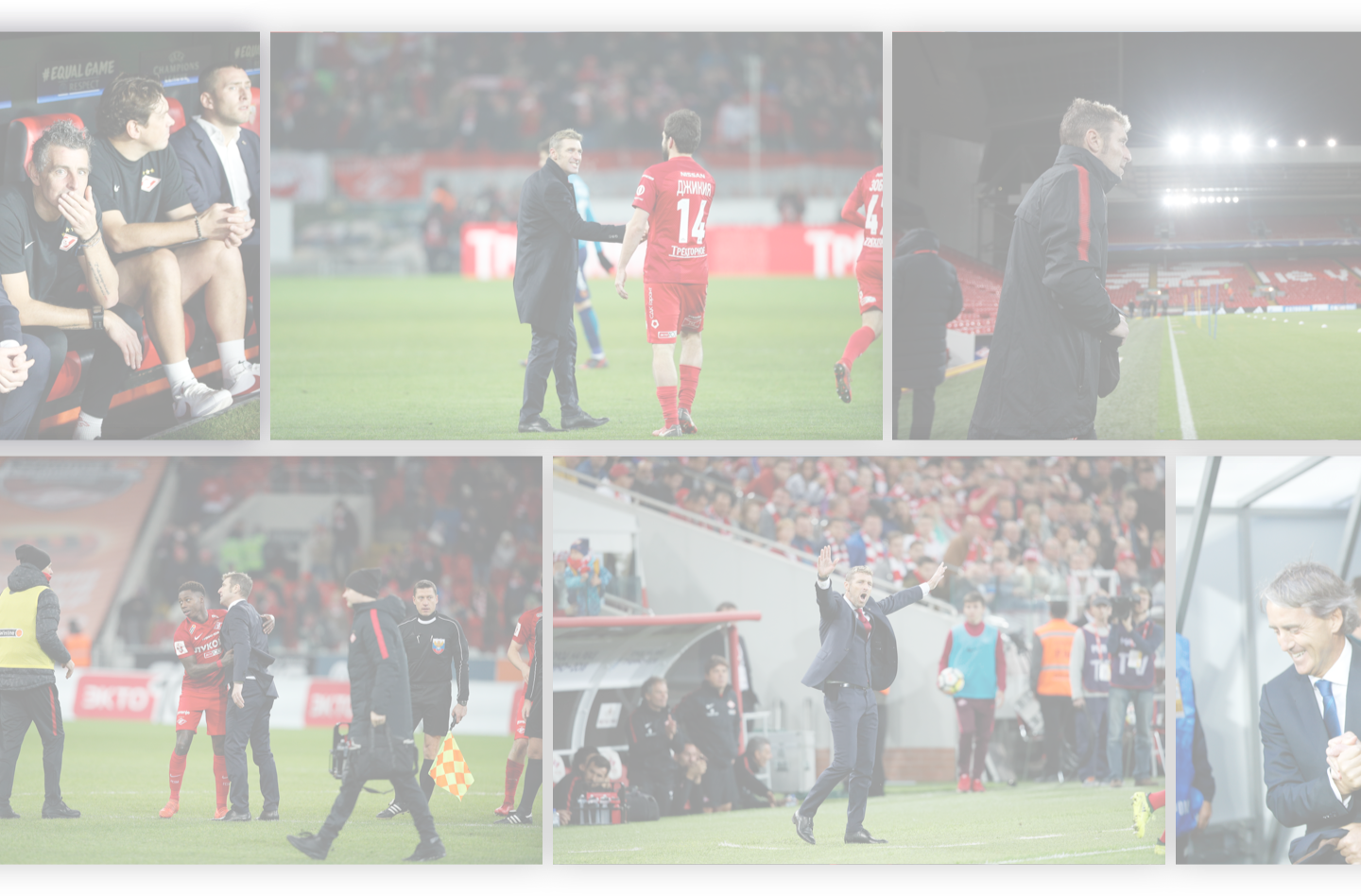 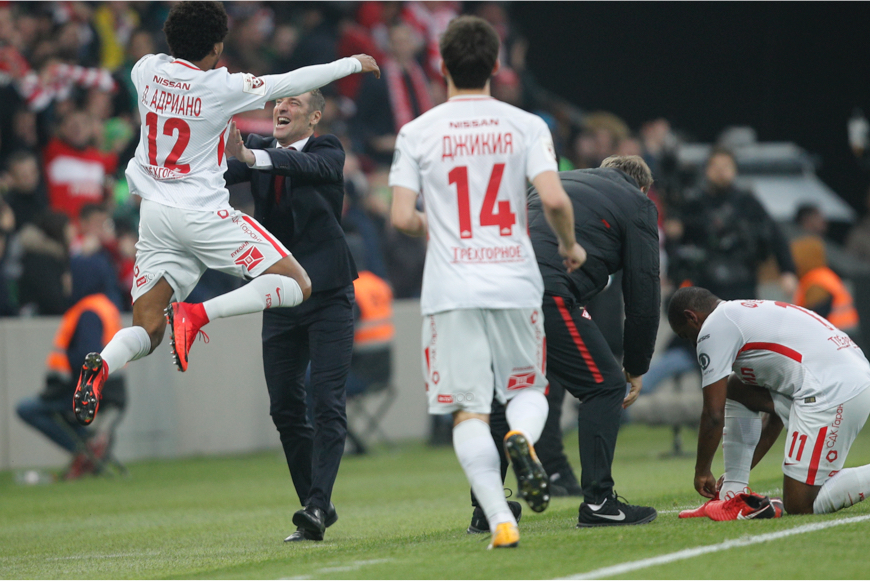 Impossible to imagine this entire story. I arrived at Spartak Moscow as an assistant and the last thing I would have imagined was become a coach and win the championship Massimo Carrera, interview with Match TV Russia - October 2017

His experience in Russia continued in the best way with the victory, on 14th July 2017, of the Russian Super Cup against Lokomotiv Moscow.
Massimo was named "Coach of the Year" in the Prem’er - Liga Season 2016-17 and he won the prestigious “Golden Bench” in Coverciano.

I had never coached my own team before arriving in Moscow. I learned so much from Antonio Conte and I was lucky to work with him. I learned how to organize training, how to talk to the team, how to organize it tactically. He has been my teacher from all points of view Massimo Carrera, interview with Match TV Russia - October 2017

In the 2017-18 season, Massimo confirmed the previous year results, reaching the semi-final in the Russian Cup and disputing a good Champions League round (They won 5-1 against Sevilla, beating the record of Spartak’s European goal) allowing white-reds’ access to the next Europa League round.
Spartak Moscow reached the Championship’s top three and the UEFA Champions League qualifications for the 2018-19 season.